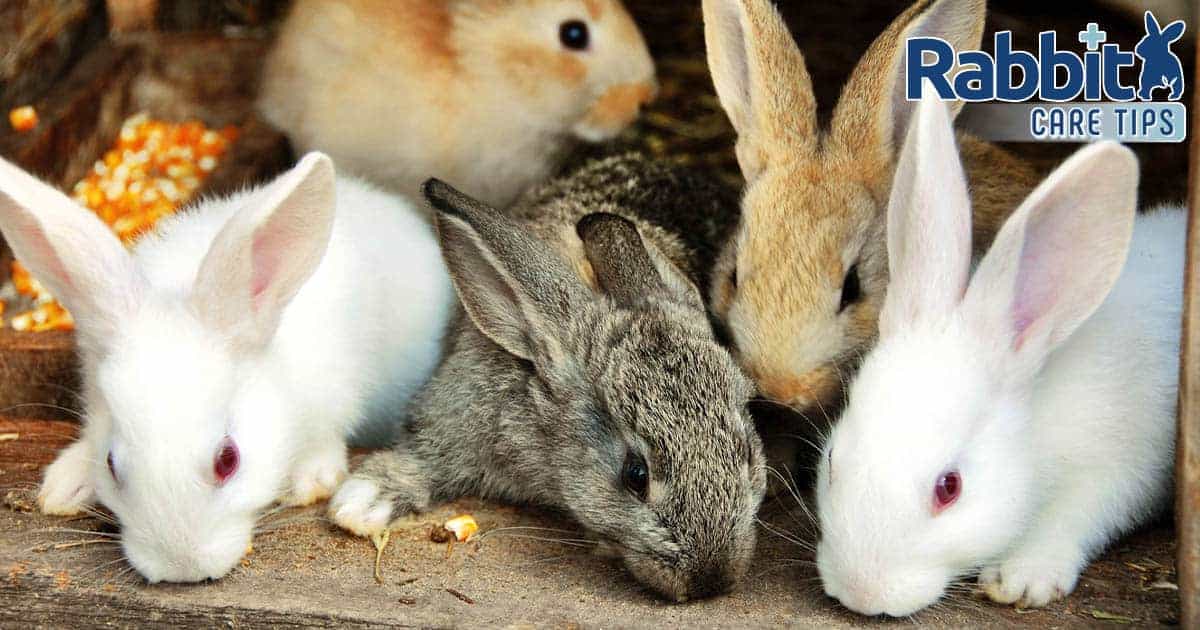 The color of rabbit fur and hair depends upon their genes, found at a number of points on their chromosomes. By combining genes, rabbits can be bred in an assortment of colors and patterns.

The five basic genes are:

A: Agouti hair shaft pattern (or not)

B: Black (or chocolate)

E: Extension of color (or its limitation or elimination)

The other non-basic genes play a role in modifying colors and patterns, meaning that rabbit fur can be many different levels of vibrancy.

Such modifiers are termed as follows:

Instead of being single genes, these are multiple genes and achieve a variety of results.

For those unfamiliar with how genes work, uppercase letters are typically used to signal a dominant gene and lowercase letters are used for recessive ones. To express how genes will function and create variety, an underscore is used to separate gene sequences, signaling how and why differentiation occurs:

So, although the role of the dominant genes is apparent, uncertainty lies in between, and there is no way of predicting a genetic blueprint without the second code letter.

A rabbit’s fur can consist of two possible pigments – dark brown and yellow – or else be absent of pigment, meaning the rabbit’s fur will be white. No other combinations are possible, so despite a great variety of rabbit colors and fur patterns, they all result from a combination or lack of these two pigments. The color variety is achieved by a wide range of intensities, which can even affect a single hair.

The length of a rabbit’s coat does not affect their color genetics, as the pigment granules remain the same throughout the species.

Long hair – Generally, rabbit breeds with long hair are much paler in color because pigment granules are stretched when longer hairs grow. As a result, the rabbit’s coat will be muted in terms of vibrancy.

Short hair – Breeds with short hair are known to have more vibrant colors. This is because the pigment granules are more compact.

Those who see wild rabbits regularly will be familiar with their brownish coat, known as agouti. Although this is a typical color for wild rabbits, there are between three and five bands of color that make up agouti.

If you were able to look closely, you would find that the overall color is made up of hair that is gray closer to the skin, then a yellow shade, then black at the hair’s tip. Wild rabbits do not have any pigment in the fur on their bellies.

It’s not impossible to find agouti fur in pet rabbits, though the pattern does vary a bit more and tends to be described as chestnut. Pet rabbits will never have exactly the same gene patterns as wild rabbits, so their color shades will vary.

When we go further into color patterns, we can see that the colors rabbits develop make up just three groups, despite the great many shades in which they can be produced. The groups are:

A bunny with a self coat will have one clear color all over – such as black, brown, or violet – and a lack of differentiation on the underside, with the color literally encompassing the entire coat.

Examples of self breeds include tortoises, sable points, and smoke pearls. There may be some shade variation as far as the nose and sides of the body are concerned, but not a great amount. Indeed, every hair is made up of one single color. Although the vibrancy will fade close to the skin, there will be no additional colors as found with wild agouti rabbits.

The two colors known as REW (ruby-eyed white) and BEW (blue-eyed white) are not actually self colors (see below).

As previously mentioned, an agouti rabbit’s fur will have three different colors on each strand of hair – known as hair shaft banding – with examples including opal, lynx, and frosted pearl breeds.

If you buy a pet rabbit described as chestnut or chinchilla in color, then these rabbits are also a type of agouti, with their color still closely related to their wild cousins.

An agouti rabbit will have white underfur, as well as white fur on the chin, eyes, nostrils, and inner ears, plus a white tail. Observing these signs in young rabbits can tell you whether they will grow into an agouti.

Despite the animal appearing to be one color from a distance, a closer look will show that their coat consists of a combination of fair and darker hairs. If you run your hand over a rabbit’s back so the fur sticks up, you’ll see that the color varies along each hair shaft. Sometimes this gives a ringed quality to the shade, which is always a giveaway that your pet is an agouti.

This third and final color pattern describes rabbits that have underfur with silver markings, which is also apparent under the tail, around the eyes, and in the nostrils. Breeds include black, blue, tortoise otter, and sable point marten.

These silver markings appear in the same way as white fur does on agouti rabbits and can vary in shade and color, appearing white and cream in many tan rabbits, but as dark as orange in some. Owners will also spot a distinctive triangle in a tan rabbit at the nape of the neck.

Despite these similarities with the agouti rabbit, a tan rabbit will have solid-colored top fur rather than a combination. The color is also likely to be darker, such as black, brown, blue, tortoise, or sable; it never comes in the chestnut or chinchilla shades. There are no color rings or bands on the hair shaft either.

While sometimes thought of as a color, the albino gene is really the absence of color. Albino rabbits will be missing the melanin to make pigment, affecting not only their fur but also their eyes and skin tone.

This does not, however, mean that a white rabbit is necessarily an albino. An albino rabbit can be identified by eyes that are red and pink, which occurs because there is an absence of pigment in the eyes that would otherwise obscure the red blood vessels. Although they are more sensitive to the sun, there is nothing to prevent them from making good pets. In the wild, they can struggle because of their lack of natural camouflage, but they should be able to live as long as any other rabbit domestically.

One complication to be aware of with albino rabbits is that their eyesight may not be as good as other bunnies, so you may wish to keep them indoors rather than expose them to predators outside.

Often referred to as the red-eyed white, this albino rabbit has a genotype that consists of two recessive genes, the result being a pigment-free animal. The rest of the color genes are still present, but they are just not detectable to the naked eye. Indeed, this is also the case with baby rabbits when a parent’s “small c” gene is recessive.

Breeders won’t know if one half of a pairing has a small c gene until it has bred with an REW. In this case, a small c gene will be passed on from each parent.

In contrast, if the gene is not present in the albino rabbit’s partner, then you won’t get any more REWs. So, if you’re looking to raise your chances of an albino rabbit, it helps to know the parents’ breeding history.

Although similar, rabbits known as BEWs are slightly more difficult to get hold of. When researching them, you may also sometimes come across the symbol V, which is what BEW rabbits used to be called. This stands for “Vienna White.”

The majority of rabbits are VV, or non-BEWs, that cannot pass on this gene.

However, the signifier of vv does indicate a BEW in the same way as cc indicates REW (with both cc and vv combined resulting in an REW).

In terms of appearance, a BEW usually has differing underfur. If a BEW vv is bred to a non-BEW VV, the young will be 100% Vv BEW carriers and tend to be marked with white.

It is rare but not impossible for a Vv to have no white fur at all, so a rabbit may not look as if it carries BEW and then surprise you if you are unaware of its breeding history.