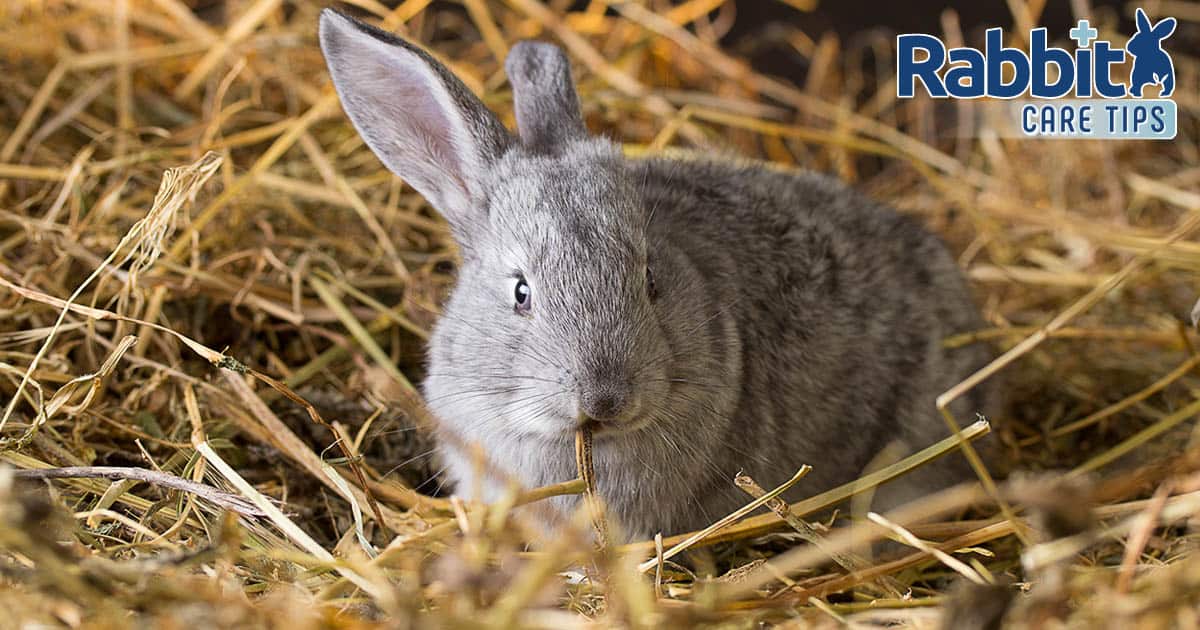 While you can introduce some variety to a rabbit’s diet – fruit, vegetables, and berries can be included – more than three-quarters of the food they eat will be dried hay and grass. So are there any drawbacks?

A rabbit can consume hay continually without any negative effect. So having constant access to hay is ideal for them.

Overprovision of other foods can sometimes be detrimental, but you’ve no need to worry about hay. The rough texture is ideal for supporting the rest of their diet and keeping their teeth in good order. Plus, they rely on its high fiber. Further positives are examined below:

Rabbits are natural grazers and they need to eat continually. They do not rely on substantial meals at set times like we do and instead feed gradually like cattle. Having permanent access to hay, therefore, fits with their natural feeding instincts.

Little and often is essential for a rabbit’s dietary system. Pellets can help but should not replace hay and will not keep your rabbit as healthy overall.

Hay consumption also guards against the likelihood of developing hairballs. Without hay, the fur that passes through a rabbit’s system could become stuck and cause a problem. The high fiber content of hay prevents this from happening.

This is not the only benefit of a high-fiber diet. If a rabbit has too much protein, carbohydrate, or sugar – and too little fiber – in their diet, then the amount of digestive bacteria in their system will become unwieldy and could make them sick.

As hay is low in calories, eating a lot of it does not lead to any weight issues. Rabbits can focus on hay, therefore, to keep their fiber levels high and prevent their teeth from becoming too long.

Without being able to constantly graze, a rabbit’s teeth will grow unchecked, so rabbits need to chew a lot and have a constant supply of hay. Adding a chew toy can also be a good idea, as it provides something else for them to nibble on. Indeed, the desire to chew is sometimes more significant than the hunger itself, and explains why rabbits eat so much hay. They may also eat to alleviate boredom, which is no bad thing.

So, there are numerous reasons for having hay readily available. While other foods should be given in moderation, owners can feel confident that a constant hay supply represents no issues.

Always make sure your rabbit has a quality water supply available alongside their hay provision. Water will complement the benefits of hay within the digestive system, even if your rabbit doesn’t drink nearly as much as they chew.

How to Store and Feed Hay

It is probably clear by now that constant access to hay is what a rabbit needs. Now, let’s look at the best way to manage that supply and stop the hay from getting everywhere.

It is important not to be too ambitious in this respect, and try not to worry too much about tidiness. Hay is naturally messy, and rabbits will only make it worse by randomly pulling and chewing on their supply and leaving it lying around. This extra hay is useful, however, for softening the floor of a rabbit’s pen, making it more like a meadow and allowing them to use it as bedding.

Excess hay can also stop your rabbit from nibbling on other less healthy things. For example, if they have a pen with an underlayer of straw, having an additional layer of hay on top may be a good idea.

Nevertheless, a range of hay feeders are now available from pet stores, or online, which can help to ensure your rabbit’s hay provision is not too loose or unwieldy.

The many different types of hay available, and its various methods of production, might surprise you. However, all hay is essentially dried grass, and it is a good idea to ensure your rabbit has a mixture of different types, as different forms of hay will benefit a rabbit’s digestion differently.

It is important to remember that hay and straw are not the same. Straw, which is far more yellow and shiny, as well as being hollow, does not offer the same nutritional benefits as hay, even if you do see your rabbit chewing it.

In comparison, hay consists of leaf-like stalks and stems. It has a duller color, which you will be familiar with from the dried grass cuttings you see when you have finished mowing the lawn.

Timothy hay will be easily recognizable to those who have owned rabbits, as it is a very common option. It is highly recommended for rabbits, although that doesn’t mean you should ignore other forms of hay. Rabbits can often be picky and will occasionally turn down some types of hay.

As with all quality hay, Timothy is high in fiber and low in protein, meaning your pet can graze to their heart’s content. Typically made up of a mixture of grass leaves and stems, the majority of Timothy hay options are organic and do not contain chemicals or pesticides.

Compared to Timothy hay, orchard hay has a softer texture because it is gathered during cooler weather. The fiber and protein levels are similar to Timothy hay, but orchard hay contains more calcium. It is sweet-smelling and less harsh, and it can sometimes be the option that choosy rabbits will prefer.

Oat hay is another popular option that rabbits will happily chew on throughout the day. Oat hay has slightly less fiber and more protein. The product also contains more dried seed heads, which can be beneficial to your rabbit. Despite the extra protein, there’s no need to worry about this hay not being safe to eat. You may find that if your pet is not so keen on the Timothy variety, they will really take to oat hay.

As already mentioned, variety is good for your rabbit’s diet, and so meadow hay can be an ideal product as it really is a mixture of lots of different hay types.

Meadows have many different types of grasses, so your rabbit might enjoy a type it hasn’t had before. The mixture of grasses in meadow hay could mean that sometimes its quality varies, so it might still be better to rely on another brand for your rabbit’s overall diet but to blend this provision with some meadow hay as well.

Most pet stores will have a form of meadow hay available.

Another option is alfalfa hay. Owners with young rabbits may be advised to try this option, as it comes with additional calories and nutrients. Be aware, though, that it would be a mistake to continue feeding this to rabbits when they become adults. Switch to another variety at around seven months, or else risk too much protein and calcium getting into your rabbit’s diet.

Learn more about choosing the best hay / grass for you rabbit.