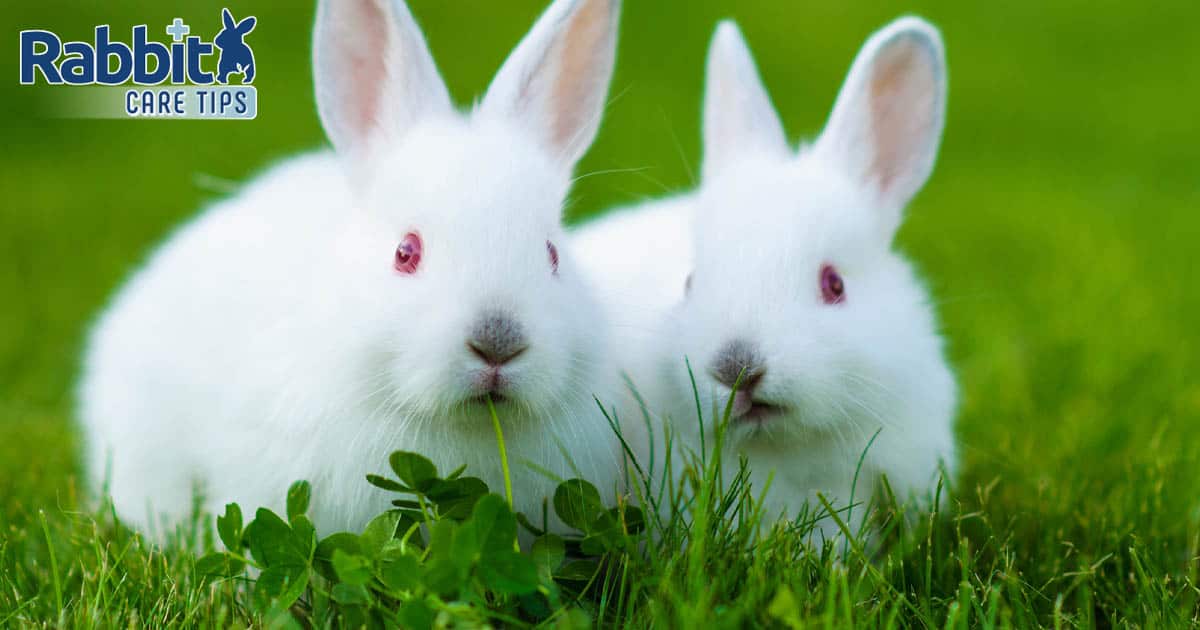 If your rabbit loves roaming free in your garden and nibbling at the plants, you’re likely cautious about what grows there and what you let it eat. It’s unfortunately easy for a rabbit to poison itself by eating the wrong plants, so you need to know what’s safe. Clover is a very common garden plant, but is it suitable for rabbits?

Clover is safe for rabbits; they can eat the leaves, stems, and flowers. The roots are likely safe too but few rabbits bother to dig into the soil and pull up plant roots, so your rabbit probably won’t eat these.

Contents show
Is Clover Safe For Rabbits?
Is Clover Good For Rabbits?
Should I Pick Clover For My Rabbit?
Will My Rabbit Like Clover?
How Can I Stop My Rabbit From Eating Clover?
Can Rabbits Eat Clover Flowers?
Related Articles:

Is Clover Safe For Rabbits?

Yes, clover is a fairly safe food for rabbits as long as they don’t eat too much. Many wild rabbits love clover and graze on it throughout the summer. It is one of their preferred foods, being tender, readily available, and full of good nutrients.

All kinds of clover should be safe for rabbits to eat, including sweet clover, alsike clover, white clover, red clover, and shamrock. You can feed your rabbit any kind of clover that you have available.

It is important to make sure that clover has not been sprayed with pesticides, however. Even if you do not use pesticides in your own garden, it’s worth being aware of what your neighbors use, as chemicals can be carried on the wind and may land on your plants.

Pesticides are dangerous for rabbits; they are such small creatures that ingesting even a small amount of chemicals could be harmful. If you are going to let your rabbit roam in an outdoor space or bring it food from one, make sure it is safe first.

Is Clover Good For Rabbits?

In moderation, clover is good for rabbits, yes. It contains iron, vitamin A, vitamin K, and vitamin C. It is also full of dietary fiber, which is crucial for rabbits, and it has manganese and protein in it.

Eating a lot of protein could be problematic for a rabbit, however, because this can cause increased urine production. This puts a strain on the rabbit’s kidneys and its guts, so be wary of feeding your rabbit large amounts of clover or letting it eat too much at once.

Furthermore, eating a lot of clovers could cause your rabbit to suffer from gas. Clover is a legume, and like other members of this family, it ought to be fed sparingly to minimize the risk of bloating and gas buildup.

If your rabbit eats clover on one day, you should wait a few days before offering it anymore. This will allow its system time to process and deal with the plant.

It’s best to encourage your bunny to eat a varied diet and not to let it graze on large quantities of clover.

Should I Pick Clover For My Rabbit?

Picking clover for your rabbit is a great idea if you have a safe source for it, but you shouldn’t bring your rabbit too much clover at once.

Rabbits only need about ten percent of their diet as greens, and the rest should come from hay. Eating too much clover will make your rabbit sick, so make sure you include a variety of leaves.

In general, a serving of mixed greens around the size of your rabbit’s head is sufficient for a daily portion. If your rabbit eats significantly more than this, it may get diarrhea, stomach cramps, and bloating.

It is also at risk of eating too little hay if it fills up on other foods, and this can reduce its ability to process food, which may lead to constipation or food fermenting in its guts.

If you think your rabbit has eaten too much clover, give it some fresh water and plenty of hay. If the problem does not seem to be resolving itself, you should take your rabbit to a vet promptly. Digestive issues can be fatal, and veterinary care may be needed.

Your rabbit will probably enjoy clover, yes. Most rabbits find this green plant delicious and tender and may choose it over other foods. However, every rabbit’s taste is different, so you may find that your rabbit does not enjoy clover.

If your rabbit doesn’t seem interested in clover, remove it from the pen and try again later. If it consistently ignores clover, don’t keep offering it, but find other greens it enjoys more. Although almost all rabbits will eat clover, a few individuals may not.

How Can I Stop My Rabbit From Eating Clover?

You might be worried about your rabbit eating too much clover in the garden. Your rabbit will generally moderate its intake of grass and other greenery pretty well, as wild rabbits do, but if you have a lot of clovers in the garden or your rabbit particularly loves this plant, you should be careful.

Wild rabbits do not seem to eat more clover than they can cope with, so you might be safe to let your rabbit forage, but it’s better to be cautious and not let it graze on clover whenever it feels like it.

Clover flowers are safe for rabbits, although they should again be fed in moderation. Your rabbit might choose to eat the flowers over the leaves or vice versa, but both parts should be safe.

Clover shoots are also a safe option, although some domestic rabbits may choose not to eat young clover and instead opt for older leaves.

1 thought on “Can Rabbits Eat Clover?”