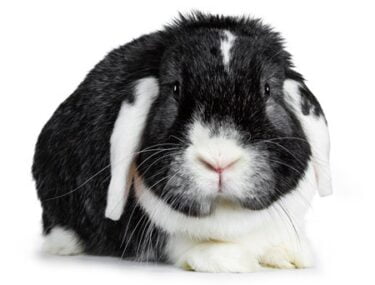 You’ll need to think carefully before committing to a name for a male rabbit. Your pet will have the same name for up to ten years, so you’ll need to ensure that both you and your pet both like it.

Pick a rabbit name from your favorite food, film, or book. Name your pet after somebody you love or admire. You could even pick something that’s just for fun. Just avoid any offensive names.

Your rabbit will learn his name, with the appropriate training. Treat your pet’s name like a command. He needs to know that good things happen when you say his name. Treats are the fastest, and most memorable, way to achieve this objective. Your rabbit will then respond quickly when called.

There is nothing wrong with unusual names for boy rabbits. The more unique the name is, the better. Just remember that you’ll need to use it in front of other people, so don’t come up with a name that would cause you any embarrassment. Other rules include:

Here are the ten most popular male (buck) rabbit names. These are popular for a reason:

Names for Male Rabbits Based on Appearance

The easiest way to name your pet is after his appearance because you’re unlikely ever to forget his name this way. Here are some of your options:

Flicking through tales of the yesteryear is a great way to inspire pet names. Your rabbit could be named after any number of legendary figures:

Do you have an exotic cultural heritage? Maybe you could pay tribute to your ancestry through your rabbit’s name. Many foreign-language names have powerful meanings:

Male Bunny Names Based on Books and Movies

Pop culture is a rich source of inspiration for pet names. Think about your favorite films and movies and see what fits your rabbit the best:

Naming your rabbit after a celebrity serves two purposes. Firstly, it will make you laugh. Secondly, you can use a human name in company to avoid embarrassment. Funny suggestions include:

Celebrities are omnipresent, so you’ll never run dry of inspiration. Just don’t let your rabbit think that he is too famous. He’ll get a big head.

Names Inspired by the Behavior of Male Rabbits

You may not even need to name your rabbit. Sometimes, a pet picks his own moniker through his behavior. Watch for any of the following:

If you’re struggling to decide on a rabbit name, why not use your favorite food or drink?

There are few things cuter than a dwarf rabbit. These pets are tiny, which leaves you two naming options. Do you lean into your rabbit’s size, or choose something funny and ironic?

Keeping two male rabbits together can be tricky. If they bond they’ll be best friends for life, though. You’ll need a suitably iconic pair of names:

Will My Rabbit Respond To His Name?

It’s possible to teach your rabbit his name. He will not understand it as we do, though. Instead, your rabbit will treat his name like a command.

This will not be an overnight process. Your rabbit will eventually respond to his name when called, though. You just need to ensure the sound remains a source of pleasure.

There is no rush to name your rabbit. Don’t choose something inappropriate before he comes home. Hold fire and observe. Before long, the inspiration for the perfect male rabbit name will strike.